'''Veganwiki.info''': community project to create the biggest resource for and by vegans and vegetarians under a free license.
Jump to: navigation, search
Error creating thumbnail: File missing
Ottoman era building in Byblos (Jbeil) in front of the skyline of Beirut

Vegan diets are less known in Lebanon than in some European countries and many people may not know the differences between the various forms of vegetarianism. Despite that it's very easy to please a vegan's taste buds in Lebanon and to satisfy their appetite given the pleasures of the famous Lebanese cuisine and the openness and dedication of restaurant and shop owners. In addition, fresh fruit and vegetables, a lot of it locally grown, abound all year.

One way to get in touch with Lebanese vegans are those Facebook groups. There you can not only find support and find out about the most recent vegan products and important places, but you can also find friends.

A culinary introduction for vegan and other vegetarian visitors

Vegan diets are less known in Lebanon than in some Western European countries. Despite that it's very easy to please a vegan's taste buds and satisfy their appetite given the pleasures of the famous Lebanese cuisine and the openness and dedication of restaurant and shop owners. 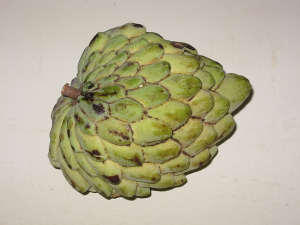 You will soon find out that your enquiries about vegan food are openly accepted and that people try to make sure that your needs are met - something quite outstanding compared to other parts of the world. Maybe the reason for this sincere interest in your inquiry lies not only in the famous Lebanese hospitality and in inter-personal respect, but also in the fact that cultural and religious food laws are still very much alive in this country - devout Muslims usually don't eat pork or drink alcohol and don't eat or drink during daylight in Ramadan, devout Christians fast during several lent periods and on up to three days a week throughout the year, and devout Jews (though they are a very tiny minority nowadays in the country) respect the complex kashrut laws and also fast during some religious holidays. This said it has to be emphasized that there is no guarantee that the person you just met really knows and tells the truth, like everywhere, so listen to your guts.

An official dinner usually consists of a number of entrées (Mezze) before the main course and you may also have a dessert. Whereas the main course very often contains meat most of the entrées are vegan. Also for meat-eaters it is common to skip the main course and to only share different kinds of Mezze. The portions are quite big considering that they are appetizers and after eating two kinds of them you will hardly feel hungry any more. Relying on Mezze is a very easy way to get a vegan meal and by this you can try different flavours of the Lebanese cuisine. Finding a vegan dessert is less easy though possible as some puddings are milk-free and sometimes fruit compotes are available.

Lebanese people generally-said are very hospitable and it is not unlikely that you get invited to someone's home. In that case it is mandatory to tell them as soon as possible about your dietary needs. Don't be shy! Otherwise it could turn out in a mutual social and cultural catastrophe and a culinary disaster. Just imagine you tell them at dinner that you won't touch the pieces of the chicken or lamb they've bought or maybe even killed just for you - or imagine yourself trying to be polite and trying to eat it. So better tell them right away what you don't eat, but don't omit to tell what you do eat - veganism does not have to be about lack, especially in Lebanon. In such a situation it would come handy if you had gotten a little bit familiar with Lebanese cuisine so you could name a few common vegan traditional dishes like batata meqle (french fries), hummus, falafel, fattoush, mjaddara. This would make preparing the usual opulent meal easier for your hosts and would be the foundation for a pleasant an unforgettable evening for you.

Manqoushe (plural: Manaqeesh, the "q" is pronounced as a glottal stop "'" as usual in Lebanon): Manqoushe is usually eaten for breakfast but in Beirut you can get it at any time of day as many shops open 24/7. It's very much like a pizza and many manqoushe bakeries also sell pizza but it differs in the toppings. The most popular kind is the za'atar manqoushe where the dough is covered with olive oil and a spice mix called za'atar (usually thyme or oregano, sesame seeds, sumac, and salt). Other popular versions come with chopped vegetables (tomatoes, onions, and peppers) or with sugar and cinnamon. Fatayer bi-Sbanegh is a kind of manqoushe where the dough is used to wrap a mix of spinach, onions, lemon juice and spices. It comes in two ways: as small turnovers resembling samosas and as a big piece just like the manaqeesh which might be enough for breakfast. There are also manaqeesh covered with cheese or meat and fatayer stuffed with meat and even though the dough usually is vegan it sometimes contains milk, so make sure you get an entirely vegan manqoushe.

Hummus (or Hummus bi-Taheeni): A dip made from chick peas with sesame paste, lemon juice, garlic, salt and olive oil. You can have it as part of Mezze, but it makes a full meal served with bread, onions, tomatoes, mint and pickled cucumbers, parsnips and olives. Hummus is usually vegan though especially in Syria and Turkey there are versions containing a kind of yoghurt. Often served as part of Mezze (appetizers).

Falafel: Fried chick pea balls. They are served on a plate with bread, a sesame sauce (called tarator), and fresh and pickled vegetables, but more often in a rolled sandwich containing the vegetables and the sesame sauce. Falafel is usually vegan, but you might want to ask if the sauce contains milk though this is very rare in Lebanon. May be part of Mezze.

Msabbha or Mshawshe: Similar to hummus, but the chick peas don't get mashed and so it tastes quite different. Served similar to Hummus. More popular in the south of Lebanon.

Mutabbal (or Mutabbal Beitinjân): A dip made from baked and skinned eggplants with sesame paste, lemon juice and olive oil. As hummus this can be eaten as part of Mezze or as a full meal with the same bread and veg accompanying it.

Qarnabeet Meqle: Fried cauliflower. Comes as Mezze or in a sandwich.

Batata bi-Kizbara: Baked potato chunks with cilantro and garlic and sometimes crushed chilli. You can sprinkle lemon juice on top. Usually eaten as a part of Mezze. Sometimes you can get it rolled up in a sandwich to go.

Batata Harra: Like Batata bi-Kizbara with more chilli but without cilantro and garlic. Often part of Mezze.

Mjaddara: Cooked lentils and rice or bulghur with spices and olive oil and a topping of fried crispy onions.

Kibbet Laqteen: Kibbe (pronounced kibbet with final T when followed by a noun connected to it) is usally made of minced meat, but there are several traditional vegan varieties of it. This one uses pumpkin instead of meat. It's something like a pie usually stuffed with spinach and walnuts. Can be eaten hot or cold.

Waraq 'enab: Wine leaves stuffed with rice and spices and sometimes with tabboule before being pickled. Eaten cold as snack, side dish or as part of Mezze.