You can find anything about Veganism and: countries, cities, recipes, health, E number, activism and more. As of today, we're hosting 704 articles on our Veganwiki.

Veganwiki is a collaborative, community project to gather information useful for vegans and interested parties. So far we created 704 articles through 1,032,758 edits. Guaka, Sigurdas and Linas started developing it in 2013, in 2015 huggi also joined the club. Now you are very welcome to contribute! This wiki is *not limited* or *censored* to/from militant vegan editors. In most places and cultures it's tough to be vegan, sometimes even as a vegetarian. 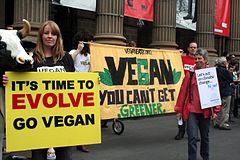