Difference between revisions of "Health"

is a disease only of herbivores, humans also must be herbivores.***

This amount can easily be met on a vegan diet that adequately meets the persons caloric needs. A general recommendation for women is 2500 calories per day and for men 3000 calories per day. These will of course vary depending upon amount of physical activity. It should also be noted that an argument can be made in favor of the natural, easily digestible amino acids found in raw fruits and vegetables which provide higher quality protein than that found in cooked foods because the cooking process has rendered some of the proteins in the food unusable or actually converted them into toxic substances that the body will have to eliminate. In addition there are a variety of problems which arise when too much protein is ingested in the diet. 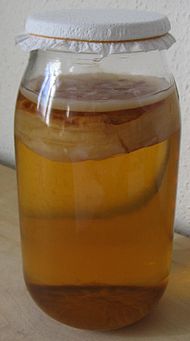 Vitamin B12 is a very important vitamin for our nervous system. Even if requirements are very low, missing it may have important and long term bad consequences. But more than for other vitamins, the question of the replacement of animal B12 is complex, and got sometimes several contradictory answers. For some people (even vegans) we cannot find this B12 in non animal products, and we should replace it with some B12 tablets. For others, B12 deficiency as consequence of veganism is a myth, as some bacterias are producing B12 directly in our digestive system.