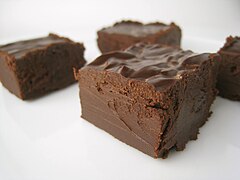 Veganwiki is a wiki about anything related to veganism. So far we have 704 articles. It was started in 2013 by Guaka, and hopefully you! This wiki is definitely not limited to vegan editors. In most places and cultures it's hard to be vegan. We want to encourage anyone to at least try a vegan diet for a while or some days of the week. So folks who eat meat or dairy are still very welcome to participate.