'''Veganwiki.info''': community project to create the biggest resource for and by vegans and vegetarians under a free license.
Revision as of 12:55, 3 December 2016 by Gabrielle (talk | contribs) (→‎Approaches)
(diff) ← Older revision | Latest revision (diff) | Newer revision → (diff)
Jump to: navigation, search 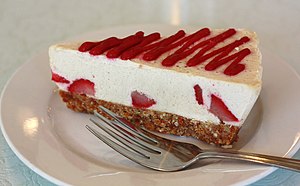